Well...as the title of this blog suggests, it is the day before the presidential elections of 2012. And I have to say that as an independent who practically rips out her hair every four years because there is NEVER a candidate for me (or half the American people, according to my theory that no one is really as extremist as either candidate ever is), I am ready for this to be over. However, this is the first election in the last three at least in which my choice has never been easier.

I lean conservative on some issues and liberal on others. Anyone who knows me or follows me on Twitter or Facebook is very aware of my extremely liberal stance on gay rights (as in "they damn well ought to have them -- ALL of them"). On the other hand, I do believe life begins at conception, making abortion murder, and am therefore in favor of stricter policies on it (though not in favor of completely overturning Roe vs. Wade, particularly in instances of rape and incest, "legitimate" or otherwise). As a woman, I don't particularly care for a bunch of overpaid old white guys deciding when I can or cannot start my family. Economically, the SPENDSPENDSPEND mentality of the Dems always makes me nervous, probably because I've always been a saver myself. On the other hand, I don't believe for one minute that giving selfish douchebags ginormous tax breaks is the solution to anything but allowing them to maintain said selfish douchebaggery.

In short...I'm generally for finding middle ground wherever and whenever possible. In my opinion, compromise MUST be met and EVERYONE will have to give a little bit on their personal stance to make things work overall. I don't know about you, but this seems perfectly logical to me.

I believe that if Obama didn't start out willing to do such, he was forced to by an obstinate Republican congress who cock-blocked him at every single turn (sorry Mom). The best part is they actually went on record admitting that this was the plan from the minute he was inaugurated. The Repubs actually had a MEETING at a fancy overpriced steakhouse to discuss it! They didn't have a plan to work together with their boss to fix the giant mess THEIR GUY created and get the American people back on their feet, oh no...their plan was to make sure he failed. And now? They use it against him in this election.

Strike one, says Independant Voter Girl. I have no tolerance for a party that is more interested in staying in power over protecting the well being of the people who elected them.

Now, understanding that people vote mostly in regard to the issues that effect them most personally, I get that perhaps Farmer John in Eagle Butte, SD (population 619) doesn't give a flying banana about gay rights. Chances are he's never known a gay person in his life (and if he did, he or she probably moved away the minute following high school graduation). His wife, having had her kids already and gone through menopause, perhaps doesn't much care about what happens to Planned Parenthood. As farmers, they work the earth and respect it and take care of it for a living, plus it's freakin' cold there in the winter, so global warming is an afterthought. These things are just not on their radar.

But the economy certainly is. The worry that they can't pay their mortgage or they may lose their retirement is a very real issue for them. That said, I could find the logic in voting for a guy with a clear plan that could fix the economy over voting regarding social issues.

Thing is campers, The Right Wing's guy doesn't have one. His "Five Point Plan" actually sounds a whole lot like what Democrats would like to see happen, if you read the generic explanation on his website. Great Mitt, five obvious things we need to do...so how are you gonna accomplish them? What? You don't know? Oh wait...with "Trickle Down Economics"? Hold on, now...all these bipartisan economic experts are telling you that your math doesn't work. But you're gonna barrel on through anyway, disrespecting 47% of the country by claiming they don't pay taxes and expect handouts and you can't be bothered to be their president...? You just wanna be the President of the United Rich Guys?

Strike two, says Independent Voter Girl. I don't understand the logic in voting on economic issues over the social issues when there is no clear plan in place in regard to those economic issues by the guy claiming he can fix it. And furthermore...I do happen to think that human beings are ENTITLED to food, shelter, clothing and healthcare in the richest, most powerful country in the world. I find it ironic that the party that doesn't want evolution being taught in our schools maintains a "survival of the fittest" mentality when it comes our poor. Get in The Lifeboat, folks. Unless you're pushed overboard...

Romney has no idea who the hell he is politically. The Mitt Romney running for president isn't even remotely the same guy who governed Massachusetts. If he was, I might actually vote for that guy! He came up with Romneycare (falsely labeled Obamacare currently). Under his governorship gays in Massachusetts became allowed to marry. If he wasn't personally a moderate, he at least knew enough not to allow his personal feelings to override the wishes of the American people. At the time.

That is NOT the guy running for office right now. It tells me that he was either saying whatever he needed to say to get himself elected then, or else he's doing so now. I tend to lean toward now because YouTube is full of video footage where he's flip-flopping like a dying fish through the debates and his campaign trail. One day he says he's cutting taxes on the wealthy, the next day he says he's not. One day he says we need to get rid of FEMA, but the minute a natural disaster strikes, he says he never said it. He preaches making China play fair, yet he continues to invest and maintain ownership in companies that shut down American businesses and ship their jobs overseas. Who are you, Mitt?

Strike three, says Independent Voter Girl. Nothing that comes out of Mitt's mouth is to be believed. Not one damn thing. People like to say the same about Obama -- I say that no one running for president has any idea what campaign promises they actually can keep until they see what's on their desk. I will maintain that outlook if Romney wins. However, the difference for me at this point is that Obama's platform as a senator was the same as his platform as president. Romney's platform...uh...wait...what is his platform again? Oh, yeah. President of the United Rich Guys.

It comes down to this for me in this election. Regardless of our struggling economy, we are indeed STILL the richest country in the world. We're scrappers and we're resilient and the economy will right itself eventually. I think the majority of Americans are giving, sharing people who are willing to hunker down and sacrifice for the greater good of everyone. I don't think the selfish "I've got mine so screw you" mentality of the 1% will win the day because it is ugly, hateful and dishonest and I believe that Love and Truth will always win. Honestly I think the only way our economy couldn't bounce back eventually is if Al Qaeda took us over and well...Obama got their leader so...there's that. Okay, maybe if aliens took over. We'd all be screwed then. But that's not an election issue this time around, so I digress...

I am voting in regard to the social issues. I believe our economy thrives when people are allowed to live their lives fully, wholly, safely and without fear. I believe our country will be blessed financially again when we accept every person for who he or she is without judgement and allow each individual to make his/her own decisions and control his/her own destinies. When people are imprisoned socially, all the money in the world doesn't make a shred of difference.

In short, I cannot live selfishly anymore. I cannot hoard any longer. I cannot desperately cling to that which is material and worthless at the end of life's journey anyway. You can't take it with you, as they say. So I don't believe my bank account is more important than another human being's right to life, liberty or pursuit of happiness. I will store my treasures in Heaven instead. Or rack up my Karma points. Or whatever your personal life philosophy or religion subscribes to (or doesn't).

I'm sticking with the guy who has actually lived the American Dream as opposed to the guy who had it handed to him on a silver platter.


"No person is your friend who demands your silence,
or denies your right to grow."
~Alice Walker 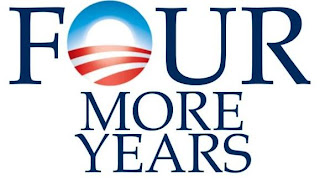