My Favorite Things for 2010

Before I write my annual Pre-New Year Reflect-O-Blog, I decided to do a fun little list of some of my favorite things of 2010. Many are celebrations of good news, wonderful happenings or just plain fun things. Be aware however that many became favorites because of the sheer stupidity of the situation or of the person(s) involved. That said, if I poke fun at someone in your favorite political party, please don't assume I'm either a commie pinko bleeding-heart liberal OR a radical evangelical minority-hating conservative. Stupid is stupid on both sides of the aisle. Everyone equally offended already? Good! Let's begin...
1. The repeal of "Don't Ask, Don't Tell", signed into law by our President just today. It's a huge step in the right direction for HUMAN rights. I now look forward to the day when ALL people who are willing to die for this country also have the legal right to marry in it.
2. The discovery of the modern day hero, Antoine Dodson, and the subsequent smash hit single recorded in his honor.
3. I had an AMAZING birthday party, thanks to my beautiful and generous neighbors, friends and voice students.
4. My good friend and co-writer Levi Kreis won a freakin' Tony Award. What up with that?
5. And I got to go to the Tony Awards with him! It was my first time at an awards show as a guest and not a performer or seat-filler. I looked hot, too. That's right, I said it. I mean seriously...look at me! *ssssssssssssssssssss!* 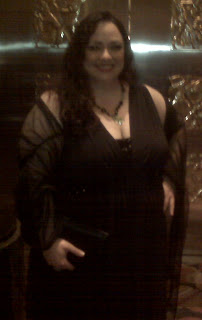 6. Re-discovering my inner theater girl.
7. The finale of "Lost." (Cuz it was good, not cuz I wanted the show to end! Waaaaahhhhh!)
8. My cousin Jenny's wedding, where the entire family came together for the first time since...well...her brother Tom's wedding a decade or so ago, I think.
9. Christine O'Donnell. Serious. Comedy. Gold.
10. Pat Robertson blaming Haiti's wicked godlessness for the devastating earthquake they will be recovering from for years to come. What a fine example of Christian love that guy is.
11. Heart put out a new record. Yes, I said "record." Look it up, young'uns.
12. Simon Cowell left American Idol. Good riddance, Negative Nancy!
13. Sandra Bullock won an Oscar.
14. The Double Rainbow guy.
15. The BP guy saying he'd "like his life back." Genius.
16. Rahm Emanuel's consistent diarrhea of the mouth. Looking up quotes made by him is good for hours of fun.
17. Sarah Palin. Just when I think she can't possibly top herself....
18. "Drop Dead Diva" on Lifetime. Yes. I said Lifetime.
19. The Halleluiah Chorus flashmob.
20. Jim Caruso's Cast Party. At the Magic Castle in L.A. AND at Birdland in NYC. Which means I've had the fortune of having the great Billy Stritch accompany me and have shared the stage with huge entertainment icons.
21. My twin nieces, Rylie and Kayla, getting cast on "House." Which means not only do I get to see their cute little faces on tv (cuz let's face it - they're too pretty NOT to be on tv), it means I also got to meet Hugh Laurie, Lisa Edelstein and Robert Sean Leonard this year. 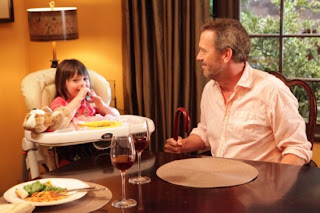 22. This Tweet while the Cumberland River was flooding Nashville: "Dear Jesus, it would be a REAL big help to us if you could turn this water into wine right about now."
23. Started filming my very first music video for my song "Go On (feat. Debby Holiday & Levi Kreis)." Hopefully we can finish it in 2011!
24. Ryan Reynolds. Single.
25. Tiffani (Amber) Thiessen accepted my friend request on Facebook. What?
Okay, though I'm sure I'm missing something important, I hope my little list put a smile on your face and encourages you to make your own list. So many of us have had a very difficult year...I have learned that counting my blessings in the midst of turmoil not only makes me feel instantly better, but reminds me what I do have and opens my heart to others. A glass of wine doesn't hurt, either.
Contentment of heart to you,
~D